We the People, Police the Police, Prosecute the Prosecutors, Judge the Judges, Investigate the Investigators.

A justice system is a system of people – justice comes from the quality of their conduct. No number of rules, structures, organizations, or laws will change that. The quickest method of justice reform is through exposure and public accountability. Through a partnership between the media and We the People, and with a set of well-delineated tools, we can bring about major reform in months, not years or decades.

Within this partnership, the first tool we will launch is an affidavit process that holds prosecutors accountable through media exposure and public pressure. The first case to which this will be applied is not without controversy, but it has one of the biggest spotlights and incontrovertible evidence of prosecutorial misconduct and corruption. It is The United States vs. Raniere et al., which took place in May and June of last year.

Mr. Raniere’s prosecutors will be served the enclosed affidavit, which contains eight simple statements of basic ethical conduct that every prosecutor should be able to affirm easily and automatically. Additionally, there are three statements of conduct specific to this case that the prosecutors, if they acted within the confines of the law, should be able to affirm. This affidavit is necessary and exists because we have evidence proving they will not be able to honestly affirm a single statement.

In addition to this affidavit, there will be a $35,000 Innocence Challenge, a podcast and other provocative public actions that bring hidden transgressions to light and send a message to judges, prosecutors and federal agents that they answer to us, We the People.

Please support prosecutorial accountability by covering this event and keeping the pressure on the prosecutors until their transgressions are addressed. Please email us at team@makejusticeblind.com if you would like to be added to the petition. Here is the initial group of brave journalists and advocates who have agreed to support this important initiative:

Below are the exact copies of the affidavit and petition that these brave individuals signed. There have been minor revisions to the petition and the affidavit so we are including the originals here for transparency.

We the Prosecutors of the United States vs. Raniere et al, specifically Richard Donoghue, Mark Lesko, Tanya Hajjar, Moira Kim Penza, and Seth DuCharme, in upholding our vow of office, and sacred duty to the people of the United States, do hereby affirm and personally initial all that are true with respect to this case (if any of these are denied, please initial, write “denied” next to your initials and, optionally, attach an explanation):

We, the Prosecutors, did not knowingly make any false or misleading statements to the public or media.

We, the Prosecutors, did not knowingly make, or allow any federal agents to make, any false statements to the court.

We, the Prosecutors, handled all potential witnesses properly. No witness was in any way intentionally challenged to augment or change his or her opinions or beliefs by us.

We, the Prosecutors, never threatened any potential witness with indictment in an attempt to dissuade him or her from participating in, or supporting, the defense.

We, the Prosecutors, either had no reason to suspect collusion or hidden financial motives among our witnesses, or we made sure our suspicions were properly investigated. We did not object to any evidence, including cross-examination, that might realistically show collusion amongst our witnesses.

We, the Prosecutors, have stated in open court we have victims who feared for their lives. We made sure that these representations were properly investigated and, in each case, we discovered that there were legitimate threats to the life of the witness.

We, the Prosecutors, did not allow any of our witnesses to commit perjury about events and/or evidence known to, or possessed, by us. 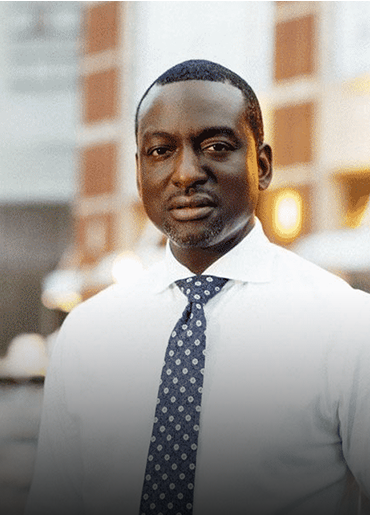 DISMISS ALL CHARGES IN US V RANIERE

We the People, Police the Police, Prosecute the Prosecutors, Judge the Judges, Investigate the Investigators.

The Affidavit is a tool of public accountability that is desperately needed in the criminal justice system. It contains simple statements that any prosecutor should be able to affirm.

A justice system is only as good as the people who enforce its laws. If there are corrupt actors within it, no matter what the laws, the system will be ineffective and unjust.

It is not enough to exonerate innocent people after they’ve spent 30 years in prison. These wrongful convictions should be unacceptable in a civilized society, and the individuals who contribute to this type of injustice should be exposed and held accountable.

The Affidavit is a tool that, through a partnership between the media and the people, sends a message to prosecutors and judges everywhere: we, the people, are watching.

The petition explaining the Affidavit and the specific points of this first application of it can be found below. We are starting with the provable corruption that occurred in Keith Raniere’s case, and intend to apply it to other cases of misconduct as people demand public accountability.

The prosecutors in the NXIVM case have been served this affidavit, asking them to affirm or deny statements such as the following:

The question is, will they answer this demand from the people?